What Makes A Great Toggle Button? 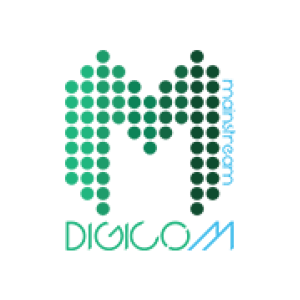 A toggle button is a type of button that can be either in an “on” position or an “off” position. A good toggle button will stay in the position that it is put in, whether it is turned on or off. Toggle buttons are often used for things like turning a light on or off, or opening and closing a door. They can also be used for more complex actions, like changing the settings on a machine. When designing a toggle button, it is important to make sure that it is easy to understand which position the button is in, and that it will stay in that position even if it is bumped or moved around.

The Anatomy of a Toggle Button

When designing a toggle button, there are a few key elements to keep in mind. The first is the size of the button. Toggle buttons should be large enough to be easily tapped, but not so large that they take up too much space on the screen.

Why Do We Use Toggle Buttons?

Toggle buttons are easy to use and understand. They can be activated with a simple click, and they provide immediate feedback to let you know that your action was successful. Additionally, toggle buttons take up very little space, which is important in applications where screen real estate is limited.

Toggle buttons also have a number of benefits over other button types. For example, they can be used to indicate whether an option is enabled or disabled. This can be helpful in settings menus, where you might want to disable certain features while still keeping others active.

When Should We Use Toggle Buttons?

A great toggle button is both easy to spot and easy to use. But what’s the best time to use one? Here are a few guidelines:

When you want to give users the option to turn an element on or off, a toggle button is a good choice. For example, if you’re offering a subscription service that comes with a free trial, you might use a toggle button to let users choose whether they want the free trial or not.

When you want users to be able to quickly change between two states, a toggle button can be helpful. For example, if you’re building a tool that lets users switch between viewing data in metric or imperial units, a toggle button would be an ideal way to let them make the switch.

When an action can be undone, it’s often helpful to use a toggle button to represent it.

How Can We Improve The Design of Toggle Buttons?

Toggle buttons are a design element that are often used in web and app design. They are typically used to turn something on or off, or to show or hide something. While they are a very useful element, there are some things that can be done to improve their design.

One way to improve the design of toggle buttons is to make them more visually appealing. This can be done by using colors or shapes that contrast with the background, making them easier to see. Another way to make them more visually appealing is to use animation when they are clicked or hovered over. This can help give the user feedback on what they are doing and make the button feel more responsive.

Another way to improve the design of toggle buttons is to make them easier to use.

In conclusion, a great toggle button must be able to effectively and efficiently change states while also being visually appealing. The button should also be easy to use and understand. When designing a toggle button, it is important to keep these factors in mind in order to create a successful and user-friendly button.

Say Goodbye to High Phone Bills with Our VoIP Solutions

Gone are the days of overpriced phone bills and mediocre

Time to Make the Business Startup

By Team Subkit, Go solo Interested in starting your own entrepreneurial

Grid libraries are a type of software library that provide

Determine how to evaluate your improvement and progress in web design

When you embark on any new endeavor it is important

In recent years, the technology for automated phone services has